Can I Move my Child after a Divorce?

“Mom–I have great news! I got the job! I will be moving back to Kansas sometime ar ound the first of the month. It will be so good to see you and Dad more. Since the divorce, it’s been hard to keep up. And, Marsha will love having her grandparents close.”

As Brad finished the conversation with his mom and set the phone down, he thought, “At least I hope Marsha will. Will the court even let her move with me?”

How courts respond to moving children after divorce

Parents often wonder if they can move after a divorce. The bottom line–parents can always move. The real question is whether their child can move with them.

Indiana law requires a moving parent to notify the other parent of an anticipated move at least 90 days before the intended move--even if the move is just across the street. This gives the parents time to work through any adjustments to their parenting plan required by the move. If the parents can’t agree on changes, the court will decide. When courts get involved on whether a child can move a distance, there are 2 levels of consideration courts must follow.

First, the parent who wants to take children with him/her must demonstrate that the move is in “good faith.” The parent must show there is a legitimate reason for the move–especially a move that creates significant distance between parents.

These reasons may include moving for a better job, to be closer to family, or to remarry. Once the court determines the move is in good faith, the burden shifts.

The other parent, particularly if  the moving parent has primary custody, must demonstrate that the move would not be in the child’s best interests. Factors the court considers include:

In the sections on reasons for the move and objections, the courts tend to look toward the child’s connections both in the current living situation and in the proposed. The court considers the child’s connection to school, activities, extended family, and neighborhood to discern which location will provide the best situation for the child.

In one case a court may note that the child’s transition between elementary and middle school will mean a change of schools no matter what. More, the support for the parent and child from close relationships to grandparents and extended family in the new location and the non-moving parent’s extensive travel schedule may sway the court to grant the move. In a different case, the child’s deep involvement in sports and close ties to extended family in the current location may weigh against moving the child.

Mediation allows parents to craft their own schedule

A parent’s proposed move creates one of the most difficult scenarios in divorce. Especially when both parents are deeply involved in caring for their child.

Yet, no one is more capable of creatively tackling the challenge than the parents affected. When parents work together to create a vision for what they want for their child, they can then use that vision to craft a parenting arrangement that gives the child what he/she needs and promotes involvement by both parents. While never easy, mediation gives parents the opportunity to create the best plan for navigating distance.

Some parents make the huge mistake of moving without notice. They enroll their child in school, sign their child up for activities, and delay court dates hoping the child will be so invested in the new location by the time the case is heard that the court will refuse to make a change. This generally backfires.

Courts do not look well on parents who take this approach. Judges refuse to be blackmailed by such parents and often grant a change in custody because of such tactics.

More, such parents are right in one thing. The child often has become deeply invested in the new location. Their child struggles mightily when uprooted by the court and ordered to return–creating havoc for all.

Parents often flounder when they must choose between the huge benefits of moving and continuing stability for their child. At The Resolution Center, we help parents navigate difficult issues cooperatively and with the best interests of their child in mind. If this approach would benefit you, email us at info@TheResolutionCenterIndy.com or call 317-344-9740. We look forward to serving you.

This post is not intended to offer legal advice but simply information. Each person should consult a mediator or attorney for information on their particular situation. 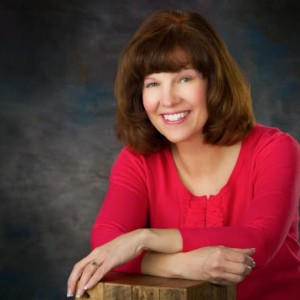